Day Thirty Eight: Goodbye to the City on the Hill

No not San Francisco. Our last day in Toledo and Spain/Europe in general. We of course have friday as the last real day, but it will consist of getting to the hotel near the airport, unloading, returning the rental car and back to the hotel to pack. We fly back to JFK Saturday around noon.

So we sleep late and have a lazy morning. Then we are out to ride the tourist train that is pulled by a tractor and takes people around the city. Many cities have them, but in Toledo it is a good way to get around and see the city without the up and down climbing Toledo has to offer.  It was also really nice because it takes you out of the city to see Toledo as El Greco painted it. The ride supplies earphones that give you the history and stories of Toledo in 13 different languages. I have already forgotten most of what was said. Of course I listened for awhile in Korean and flipped between English and English for children. Could not tell any difference between the last two.

Pictures from the train ride. 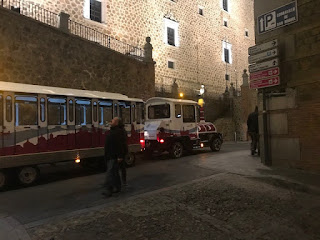 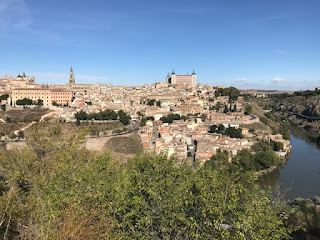 Toledo with its River. 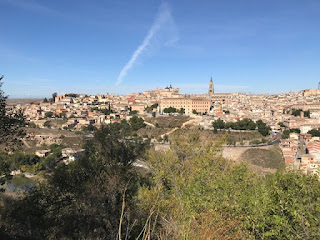 Left of that picture. 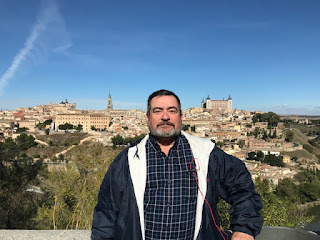 Me outside of Toledo.


We get off of the train hungry. But we are having suckling pig at a nice restaurant tonight so we don't want a big meal. We find a small place that has just the right sandwiches and plates. And it also had sangria of course.

Some last minute souvenir shopping and we head  for dessert. However since this is a national holiday, every place is filled. We resort to the first place we ate at when we arrived. Very slow service. And only inside. Today the rain has gone away, and the temperature is 60 degrees. Very Spring like. So after dessert, we walk to the old wall and have some beers outside overlooking the river that flows around Toledo.  Nice day. 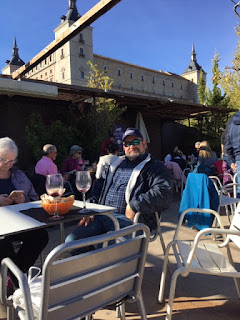 Having a beer on the old wall. 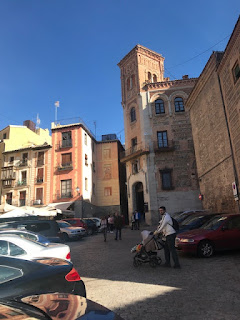 Some of the many nice buildings in Toledo. 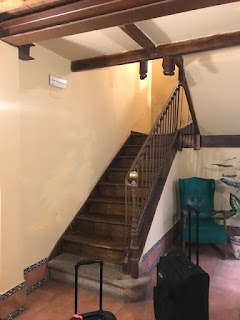 The entry way to our apartment. House was built in the 1500's. 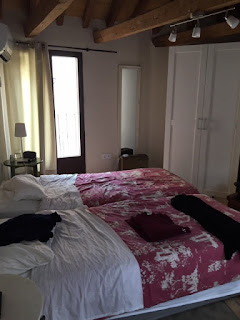 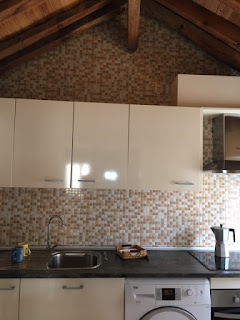 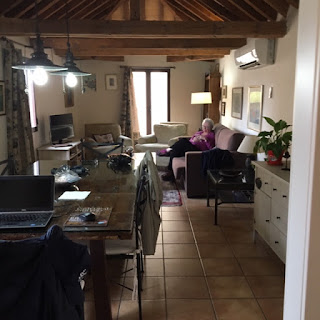 So our last meal in Toledo will be in the Cardinal's residence( he has moved out long ago) for suckling pig. It was very good. 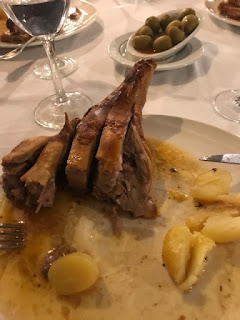 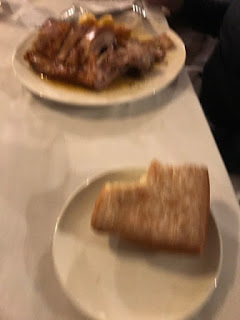 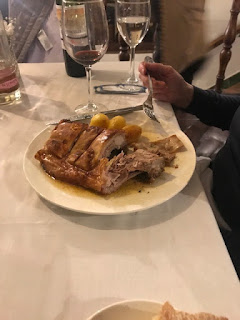 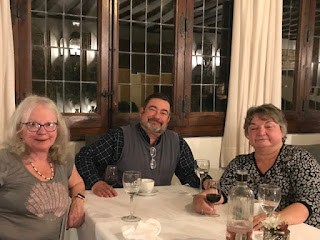 Three very happy travelers. Headed to Madrid ( Friday)and the airport and JFK ( Saturday) and home in time to vote.